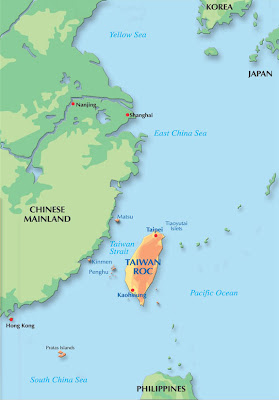 We have been asked this question several times and I expect to hear it many, many more in the coming months and possibly years. I can't blame anyone for wondering - until we researched international adoption, we had no idea Taiwan was even an option. In fact, I was admittedly less than knowledgeable when it came to the history of the country nevermind the ins and outs of Taiwan adoptions.

For those of you interested in a quick overview of Taiwan, this is for you.

As for choosing to adopt from Taiwan, it went something like this...

Even though we were only playing with the idea of adoption, we set a goal to do as much research as possible into domestic and international adoption. We weren't positive it was something we would move forward with but we thought there was no way to make that decision without the proper information.

We began our research with two options in mind. We would either adopt here in the US or in China. We knew if we added a child to our famlily, we would want it to be a baby girl. Frankly - I'm tired of being outnumbered! After countless hours online, emails and phone calls with different professionals and agencies, we discovered many pros and cons of both adopting domestically and internationally. But after hours of talking and soul searching, international adoption seemed to be the right fit for our family.

Our boys' pediatrician recommended an agency in the LA area who only works with Chinese adoptions. I called and got a packet from them. What they didn't do there was the home study, which has to be done for any family adopting or fostering a child. So I was given the name of another agency in order to have our background checked out and the home visits scheduled. On May 5, we had a meeting with that agency. In that meeting, the director told us about the increased waits in China and the new restrictions that had just been implemented. She also told us that many families had begun adopting from Vietnam, whose program had just reopened after some time closed. If we were to adopt from Vietnam, we could no longer use that China-only agency in the LA area. So we started researching Vietnam adoption agencies. We found one in Arizona who sent us information on all of the countries they work with. In that folder, was information on Taiwan adoption. We attended a "webinar" on the process and Taiwan seemed to be the best fit for us. The fact that one of my closest girlfriends had grown up in Taiwan made us feel like it was meant to be. The idea that our daughter would have a connection to her birth country was very appealing to us.

So guess what we did next... yep, more research. We actually found an agency in the LA area that worked with Taiwan adoptions. We asked around, got even more information on that agency and attended an orientation session. We scheduled a meeting with the director of the agency which just confirmed what we had realized... Taiwan was the country for us and we found the right agency.

Jackie, we too found Taiwan in a roundabout way - and like you, we knew right away that this was the best fit for our family. It's hard to answer the "Why Taiwan?" question (we get it a lot too!) My answer is usually, "Because my child is there." :) If anyone asks you "Why Taiwan?" again, you should just flash a picture of Lucy and say, "Here's why!" :) No explanation needed!!