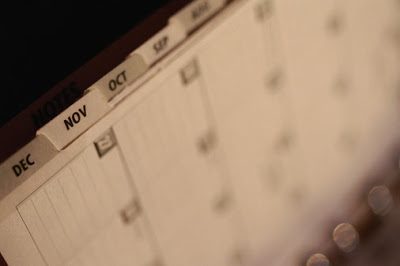 9 Months is such a symbolic amount of time when it comes to babies. Imagine how much happens between the twinkle in one's eye and the day a child enters into the world. The same rings true for those children already born into the world. Can you imagine, as an adult, learning and growing that much in such a short amount of time?

To give you some perspective on how much happens in 9 months:
The boys started and completed an entire school year.
I worked on the successful launch of a website (and re-design after that)
Baseball, football, basketball and hockey all had championship series.
Taiwan elected an new president and the US is not far behind.
10+ friends of Lucy's have either been united with their parents or are about to be.
We bought a Wii and I learned how to beat my husband in bowling. (oh wait, that took 3 days)

The amount of growing Lucy has done in that period of time is mind boggling. 9 months ago, we saw her face in a photo for the first time. It was a day we'll never forget. At that time, she was working on sitting up, eating mashed up baby food, and we were hoping she'd be able to hit milestones even close to when expected, considering she was born so early. Today, she's an opinionated, funny, running, eating ball of fire. Every day we live without her with us is a day that's just not complete. The boys are doing the best they can trying to understand. Actually, if I had known it would take this long, we wouldn't have even told them yet.

9 months ago, we had dreams of having her home for the holidays, Jeff's birthday, Lucy's birthday, Easter, my birthday, Jacob's birthday, July 4th, and a summer spent in Boston. If you would've told me then that 9 months later, we'd still be waiting to be logged into court, I would've never believed you. But here we are.

Don't you think after 9 mos of labor... we're deserving of our little girl? Listen universe, we're due for this delivery and we want it ASAP. Adopting moms are pretty much the same as those who give birth... I'm getting cranky and I want my baby.
Whined by JackieMacD at 10:16 PM

Nine months is too long. That's all I can say.

I agree with Marina. I'm praying that you get logged in soon and you have the fastest judge for that part!!! Your time is now!!!

I think this must feel LONGER than a pregnancy-- I guess cause she's not right there with you. It's WAAAY too long.

That's way too long. I'm wishing and praying you get better news soon.

What a beautiful post. It really puts things in perspective.

Oh hon,
it is just agonizing-thank goodness you have little ones at home to keep your mind somewhat occuppied-there really should be laws against this kind of torture!!
Praying

I know how you feel- those imaginary coming home dates that keep slipping farther and farther away. I hope you get good news soon. 9 months is much too long of a wait, especially with a baby.