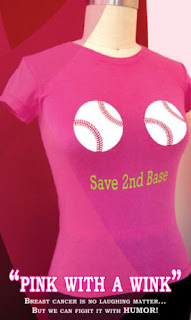 Today is the two year anniversary of—until last June—the biggest decision I had ever made in my life. A choice that, if I hadn't made it, would've cost me the chance to adopt Lucy. Instead of trying to explain it all over again, here's an excerpt of an article I wrote for MomLogic over the holidays...

When I was three years old, my mother died of breast cancer, leaving a loving husband and 11 children behind. That event has shaped who I am and not a day goes by that I don't think of her.

Two years ago—when my second baby was just weeks old—I discovered that I share a gene with my mother—the one that I was told gives me an 87% chance of being diagnosed with breast cancer in my lifetime. It's also the one that is said to be linked to generally aggressive cancers that have a poor prognosis. Did I freak out? Hell, yeah.

But then I got busy. I found a supportive website, Facing Our Risk - which was hugely instrumental in helping me do my research - scheduled an MRI and started looking into preventative surgery. When the MRI results came back, I was shocked, yet not surprised, to hear they had found a lump. Here I was 34 years old and facing breast cancer. I was given the option of having a lumpectomy/biopsy, or moving forward with a double mastectomy. Considering my odds, even if this wasn't cancer, that I had an almost 90% chance of eventually being diagnosed —I went for it. My boys were 21 months and 5 months old when I was wheeled into the operating room, terrified that I would never wake up.

When I did wake up groggy eight hours later, I was given the good news— no cancer! I was so happy and relieved to hear that, and then immediately panicked. "What did I just do? Did I just go through this for nothing?" Four days later, I got my answer. My surgeon informed me they had discovered pre-cancerous cells growing in the non-lump breast. I was between one and five years away from a breast cancer diagnosis—complete with chemotherapy and/or radiation. I quite possibly had just saved my life or at least for sure, the quality of my life. Keep Reading

If you're looking to make a donation to a good cause, click here and tell her Taiwan Lucy sent you.
Whined by JackieMacD at 8:41 PM

You are an amazing woman!!! I am so very proud of you. I can't believe it has been two years!! You are a blessing to all of us!!

That is a huge (and scary) decision you faced! I am so sorry that cancer took your mother but thank goodness you went through with that surgery. I'm sure your mama is very proud of the choice you made:)

Jackie, Thank you for the courage to share that with us. Your story is so touching.I'm so glad you made the decision you did. I can't even imagine having to do that with babies you are a super star. That explains your amazing survivors attitude & spirit. Almost everyone in my family has or had cancer too. Lucy will be so proud of you too!
XOXO,
Megan